Profile your java application with visualvm (part 1 of 2) 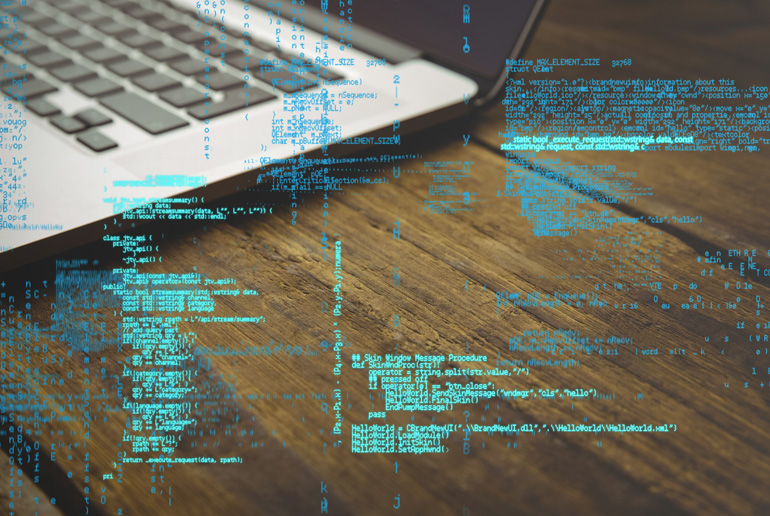 Application profiling is another measure of software quality. It enables developers, as well as testers, to get an overview about software performance and runtime behavior. Luckily for Java developers, there are plenty of available free profilers. In this article, I’m going to talk about VisualVM.

VisualVM is developed by Oracle and is shipped by default with the JDK starting from Java 6 update 7. You can download it from the official website, if you can’t find it in the bin directory of your JDK folder.

One of the nicest things about VisualVM is that it gives you a detailed view of what’s going inside the JVM while your application is running. You can see the allocated memory size of the different regions of the heap, CPU consumption, total number of running threads, and many other performance metrics.

It has an Eclipse plugin which enables you to quickly launch your application as configured inside Eclipse and start monitoring it immediately.

There are three tabs in the main GUI: 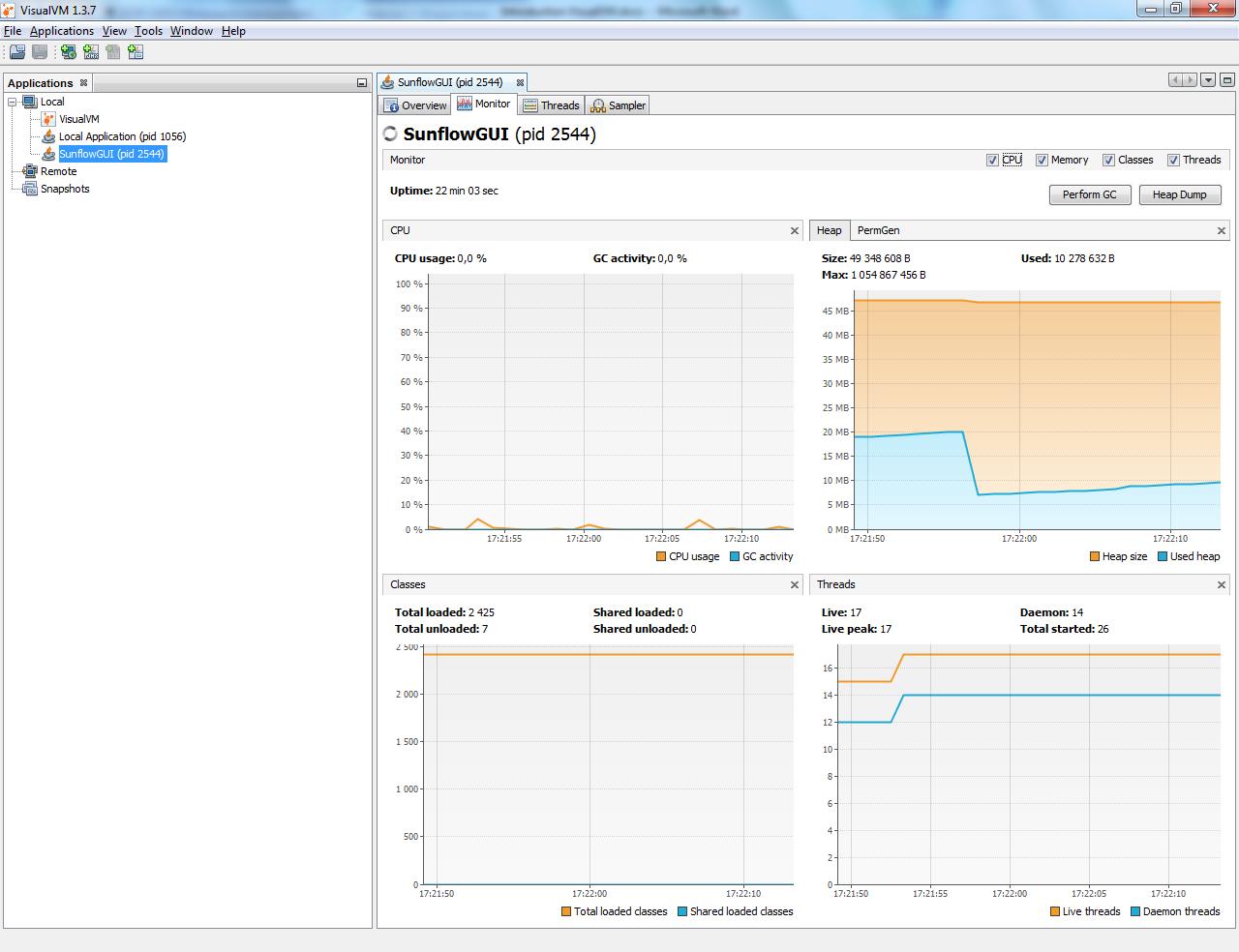 The Monitor tab shows various statistics about application performance and memory consumption in real time. This information gives you a quick idea about how your application is doing and how intensive it is with CPU usage.

There are two buttons on the top right corner:

The Thread tab shows a list of live and finished threads. Colors are used to distinguish between different thread states.

The Sampler tab allows you to do CPU/memory sampling and measure execution speed in terms of how much time each method call took. Four different measures are shown here:

Examine the heap with VisualGC

VisualGC is a plugin for VisualVM which allows you to inspect the internal heap state in great detail (see Figure 2). You can simply install it by going to Tools > Plugins > Available Plugins then search for “Visual GC”. 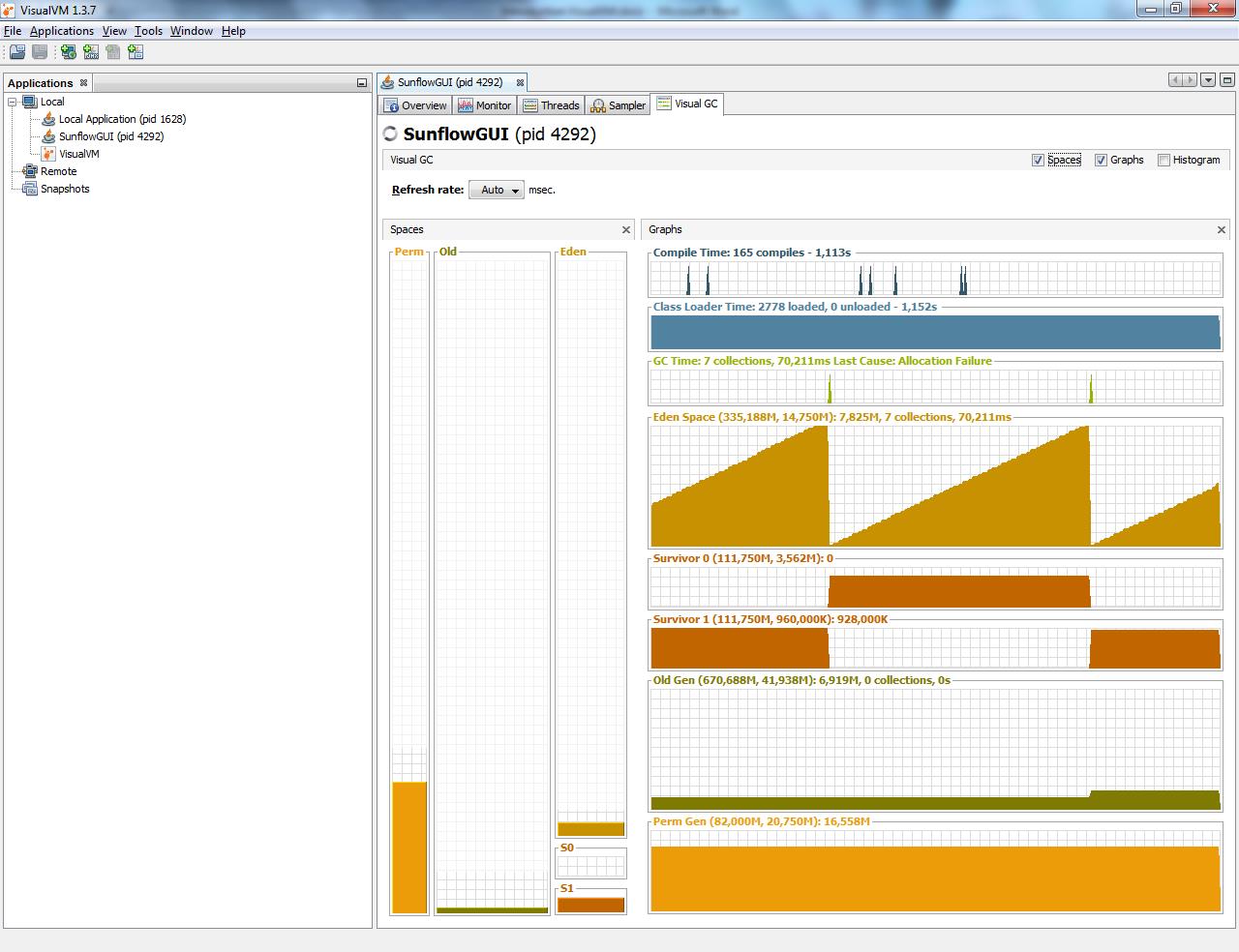 When an object is first instantiated, it will be stored in Eden space, and when it reaches a certain age threshold, it gets promoted to S0 then S1. Objects in S0 or S1 will eventually be moved to the old generation and persist there as long as they are still referenced.

In the next and final part of this article, we will delve more into code profiling and learn how we can find performance bottlenecks so we can fine tune the JVM to achieve maximum application throughput.